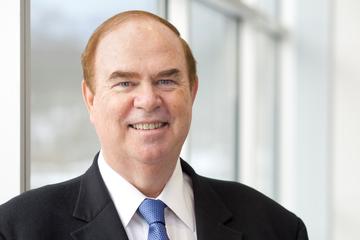 Keith Barnes is the retired Chairman and CEO of Verigy Pte. Ltd. which was domiciled in Singapore with US headquarters in Cupertino, California.  He has been chairman and chief executive officer of three publicly traded technology companies and has served on eight public technology company boards, on the NASDAQ and NYSE exchanges, over the last 25 years. Mr. Barnes served as Chairman and CEO at Verigy Ltd. (from 2006 to 2010); Chairman and CEO of Electroglas, Inc., (from 2003 to 2006); President and CEO of Integrated Measurement Systems, Inc., (from 1995 to 2001). Prior to this, he was a division president at Cadence Design Systems, Inc., and a division president at Valid Logic Systems, Inc.

Mr. Barnes has had extensive experience in maximizing shareholder value, leading companies through complex systems development, worldwide distribution, public offerings and debt  financings. At Verigy, he led the company in a successful spinoff from Agilent Technologies and through a successful IPO in 2006. In 2011, as chairman of the board, he led the merger of Verigy to Advantest Corporation.  He graduated from San Jose State University with a Bachelor of Science degree in Environmental Science. He was selected as alumni of the year in 2010.