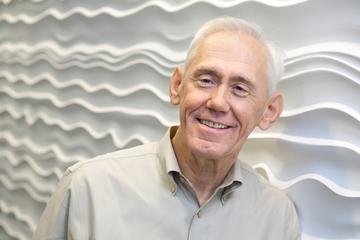 Mr. Macleod joined National Semiconductor in 1978, and served in a variety of executive positions prior to becoming chief executive officer, including chief operating officer (from 2001 to 2009), and chief financial officer (from 1991 to 2001).

Mr. Macleod’s qualifications to serve as a Knowles director include his strategic perspective in product portfolio, supply chain and guiding financial performance developed through his more than 30 years of experience in senior management and executive positions in the semiconductor industry (both in Europe and the United States). As a member of the board of directors of several publicly-traded semiconductor companies, he has also gained substantial knowledge and understanding of how to successfully operate a technology company like Knowles. Furthermore, he brings significant accounting and finance qualifications and experience to the Board. Mr. Macleod holds a Bachelor of Science degree in economics, and an Honorary Doctor of the University degree from the University of Stirling in Scotland. He is also a member of the Institute of Chartered Accountants of Scotland.

Additional Board experience includes serving on the Board of Entrepreneurial Scotland (since 2014), an organization set up to promote business growth initiatives and development opportunities for entrepreneurs in Scotland. Mr. Macleod previously served as chairman of the Board (since 2012) of Intersil Corporation, director (since 2007) of Broadcom Ltd (formerly, Avago Technologies Limited) and director, mLED Ltd. (private company). He was also the former chairman of the Board (from 2010 to 2011) of National Semiconductor.